About the Birthday Walk

This walk was originally created and paid for in 1856 by the Laugharne Corporation. It enabled townsfolk and cocklers to access by foot their shares of the valuable cockle beds on the upper and lower marshes, when the high tides below would prevenet access along the old cart way. 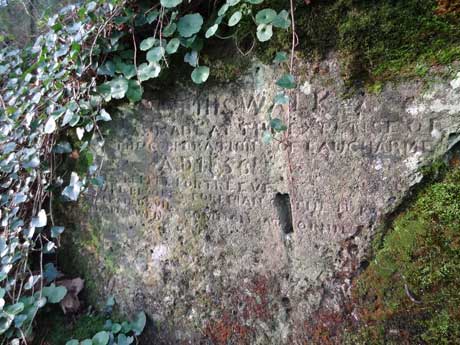 Plaque commemorating the opening of the original path

Establishment of the "New Path"

"The view from Dylan's writing shed across the estuary is of Sir John's hill and the woodland thereon is regarded as milk wood which inspired his famous play 'Under Milkwood'. A walk along the shoulder of this hill to a point looking out to the Gower and north Devon inspired him to write poem in October. I have created a themed walk based on this poem dividing this well loved poem into four panels with bench seating where you can walk in Dylan's footsteps and interpret and see the view and context of the poem."
Robert Stevens

Inspiration for "Poem in October"

"Dylan wrote 'Poem in October' in 1944 after visiting the destruction of Swansea during WWII. I believe this poem, a place poem, reflects his thoughts of the fragility of life."
Robert Stevens

Why is it called a "Birthday Walk"?

"Poem in October is written about Dylan's thirtieth birthday, spent walking the shoulder of Sir John's Hill, ending with how he hoped to return again in a year's time. On the last panel, I invite all to do the same as Dylan, and return to that high hill on their own birthday, and read out loud Dylan's prophetic last verse thereby creating I hope a modern day pilgrimage for all to enjoy."
Robert Stevens 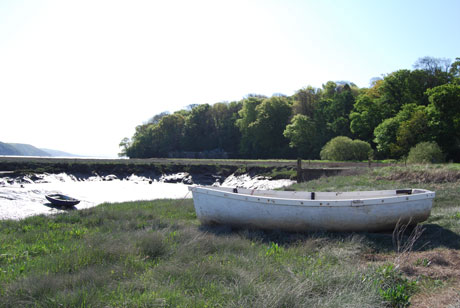 An image of Sir John's Hill

Laugharne castle was first established here in 1116 by the invading Normans. An earth and timber castle was strategically sited at the mouth of the estuary of the river Tâf. The castle was attacked and recaptured by the Welsh on several occasions and was steadily enlarged and rebuilt.

The towering walls date to the 15th and 16th centuries. By then, the needs of defence gave way to the ambitious building of a fortified country house. Towers and walls were heightened and splendid new windows pierced the walls. The most famous family associated with the Castle and Laugharne in the 16th century were the Perrots - especially Sir John Perrot. At first a favourite of Queen Elizabeth, he fell victim to court intrigues and was convicted of high treason in 1592. He died in the Tower of London, thus escaping beheading. 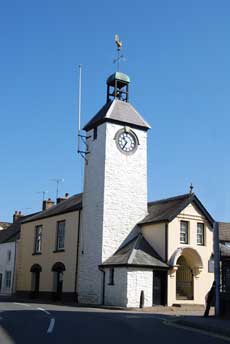 The charter was granted in the reign of Edward I (1271 - 1307) to the burgesses by Sir Gwydo de Brione, the younger, who held the Lordship of Thalacharn. The title Portreeve was given to the chief officer of a walled or market town. The office of Portreeve of Laugharne was instituted by the Charter granted by Sir Gwydo and is quite special in that it states that the Portreeve is to be appointed by two competent burgesses and not by the Lord or his bailiff. The Portreeve was empowered to receive the toll, and the rent for the town and paying them to the Lord of the Manor or his bailiff.

Although the Boathouse is of the early 19th century construction it has undergone substantial changes since then. A photograph of 1910 clearly shows that there were no second storey windows and a lease from 1923 refers to both a coal yard and coal wharf next to the garden. There is a blocked sea door in the seaward wall which small boats laden with coal from the Gwendraeth Valley may have used to deliver coal to the Boathouse harbour. 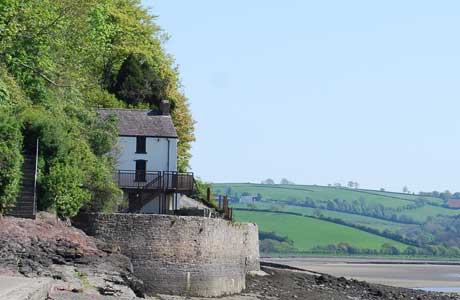 Dylan Thomas rented the accommodation from 1949 to 1954 and used the old garage as his writing room making it a legend in our time.